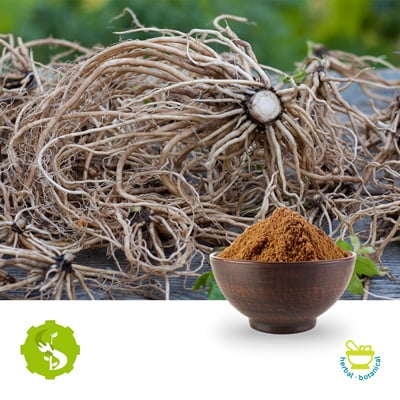 Valerian is a hardy perennial flowering plant with sweet-smelling pink or white flowers. The name Valerian means “to be strong or healthy” in Latin, and this translation is generally regarded to refer to its medicinal use, though it is suggested that it also refers to the strong odor. Valerian is native to Europe, South Africa, and parts of Asia and was introduced to North America.Ancient Greeks used the plant for a variety of medical disorders ranging from liver problems, digestive ailments, and urinary tract disorders to nausea and insomnia. Valerian has also been used for centuries for nervous conditions and has been traditionally used for sleeplessness, epilepsy, nervousness, hysteria and as a diuretic.

Valerian Acid works extract works like a sedative helping you to relax,and to sleep deeply and restfully, reducing night awakeningsas well as increasing dream recall the next day. It is also sometimes used for relief from anxiety and stress. It has also been found to be useful for cramping, dysmenorrhea, rheumatic pains, epilepsy, and nerve related high blood pressure.

1. As raw materials of drugs for anti-bacterial, anti-depressants, anti tumor and sedation, it is widely used in fields of pharmaceutical and health products;

2. As insomnia and other similar symptoms of psychasthenia product raw material, it is widely used in health products industry;