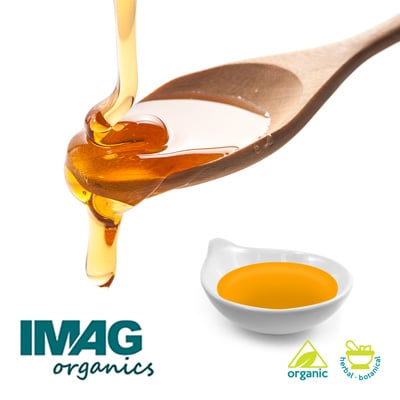 Copy the link below to share with others:
Copy to Clipboard
Visit IMAG Organics storefront
Food Commodities
High Volume Bid
This is a branded ingredient. The seller has provided you with additional information such as applications, clinical research, intellectual property, and more. Click “Learn More” to view details.
Ingredient Code: 97146
Learn More 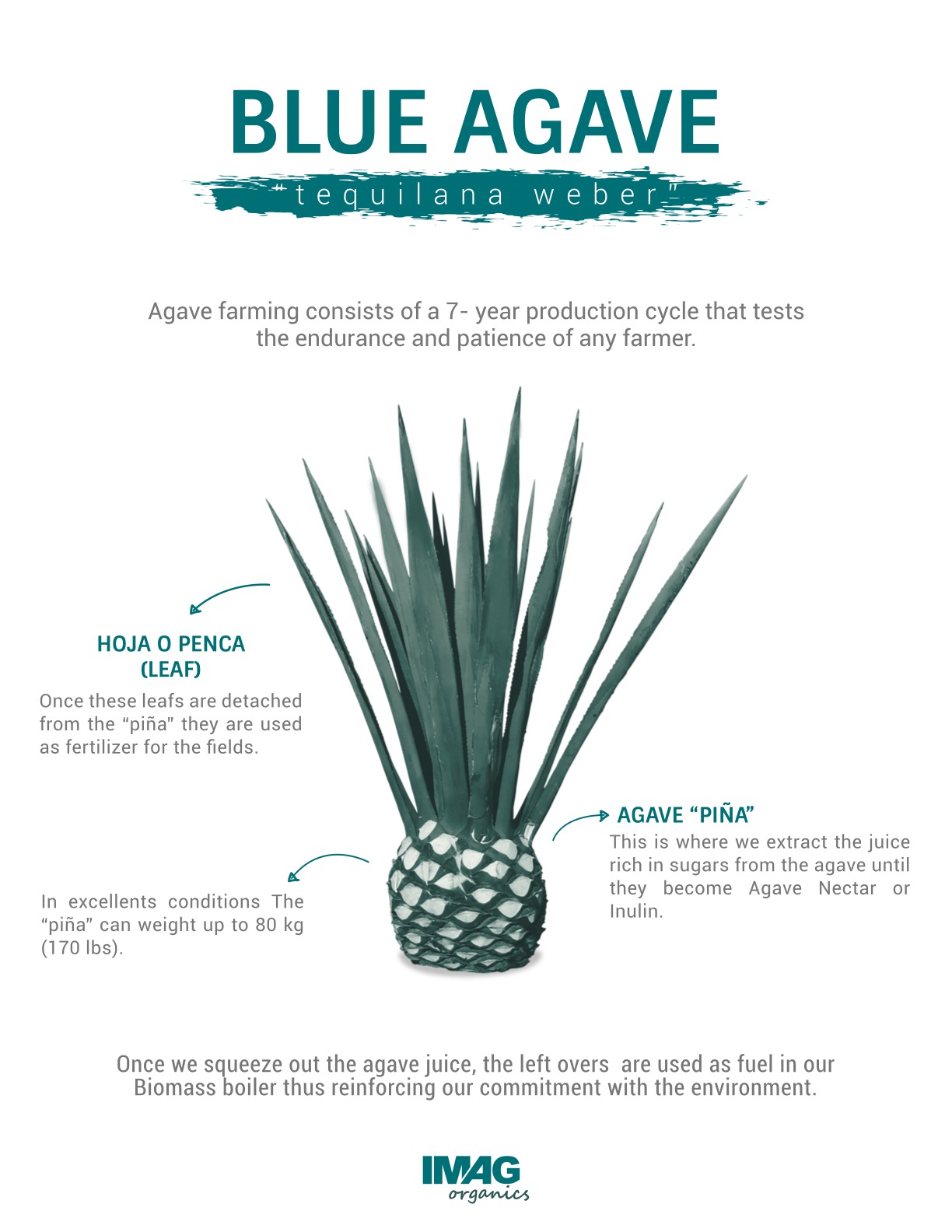 Where does Agave Nectar come from?

Agaves come in many sizes and colors — well over 100 species. Due to the Blue Agave’s high carbohydrate content (which results in a high percentage of fructose in the final nectar), Blue Agave is the preferred species for producing nectar.

Though there are other species used to produce agave nectars, such as the Maguey Agave, the premium nectars are produced from 100% Weber Blue Agave.

All of IMAG products are made from hand-harvested certified organic premium 100% Weber Blue Agave and is organically grown and sustainably farmed and contains no chemicals, enzymes, or additives.

It can be a challenge for even experienced cooks to substitute artificial sweeteners for sugars without compromising food quality or palatability. An artificial sweetener may be suitable for reducing the caloric content and glycemic index of a dish, but they lose their usefulness in many other culinary applications where a sugar is needed for more than its ability to sweeten.

In many regards, agave nectar bridges the gap between real and artificial sweeteners. While it has all the useful properties of real sugars, its lower glycemic index helps protect against health risks associated with higher glycemic sweeteners. Agave nectar can be used in many more applications than artificial sweeteners, while also producing more palatable results. Since it is composed of real sugars (fructose and glucose), agave nectar performs admirably in the kitchen and bakery. It matches refined sugars in all the qualities mentioned above, serving as a browning agent, a humectant, a softener, and a preservative.

How is Agave Nectar made?

When the agave has grown to 7-10 years old, the leaves of the plant are cut off, revealing the core of the plant (called the “pina”). When harvested, the pina resembles a giant pineapple and can weigh in at 50 to 150 pounds.To make the agave nectar, sap is extracted from the pina, filtered, and heated at a low temperature, which breaks down the carbohydrates into sugars. Lighter and darker varieties of agave nectar are made from the same plants. Because of the low temperatures used in processing many varieties (under 118°F) raw foods enthusiasts generally regard agave nectar as a raw food.

Fructan Metabolism in A. tequilana Weber Blue Variety along Its Developmental Cycle in the Field IMAG Agave Syrup is a natural sweetener which is made by the controlled hydrolysis of the core of the Blue Weber Agave variety and has a wide range of applications. Due to its low glycemic index of 17.1 it is an ideal substitute for sugar and honey.

IMAG Agave Syrup is pure and does not contain sugars from any other plant or source. IMAG is one of the largest global agave manufacturers which brings scale and efficiency.

i
We act as a connection between buyers and suppliers. We are NOT responsible for any transactions or claims made after contact.
In Stock
New Stock ETA
More from IMAGORG