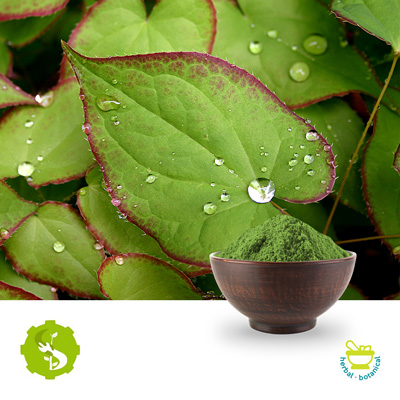 It is a genus of about 60 or more species of herbaceous flowering plants in the family Berberidaceae. The large majority are endemic to southern China, with further outposts in Europe, and central, southern and eastern Asia. The best quality one is planted in Shaanxi province, epimedium nakai.

Epimedium offers icariin effective support in conditions that result from kidney deficiency, such as impotence and chronic prostatitis in males, and irregular menses, infertility and menopause in females.

1.Epimedium icariin has been used to treat male erectile dysfunction in Traditional Chinese Medicine for many centuries. The main functions of Epimedium brevicornum in ancient Chinese books focused on the nourishment of kidney viscera and reinforcement of'yang', resulting in the restoration of erectile function in males.